Barry Woodhouse was always up for a challenge. To celebrate Lord Dufferin’s famous voyage of 150 years previously, Barry circumnavigated Iceland single handed. The following year he decided to take a look at Russia, entering via the White Sea in the far north and leaving via the Black Sea and the Bosphorus, pictured sailing past the World Heritage Site of the 22-domed wooden Church of the Transfiguration on Kizhi Island near the centre of Lake Onega during his north-south passage. 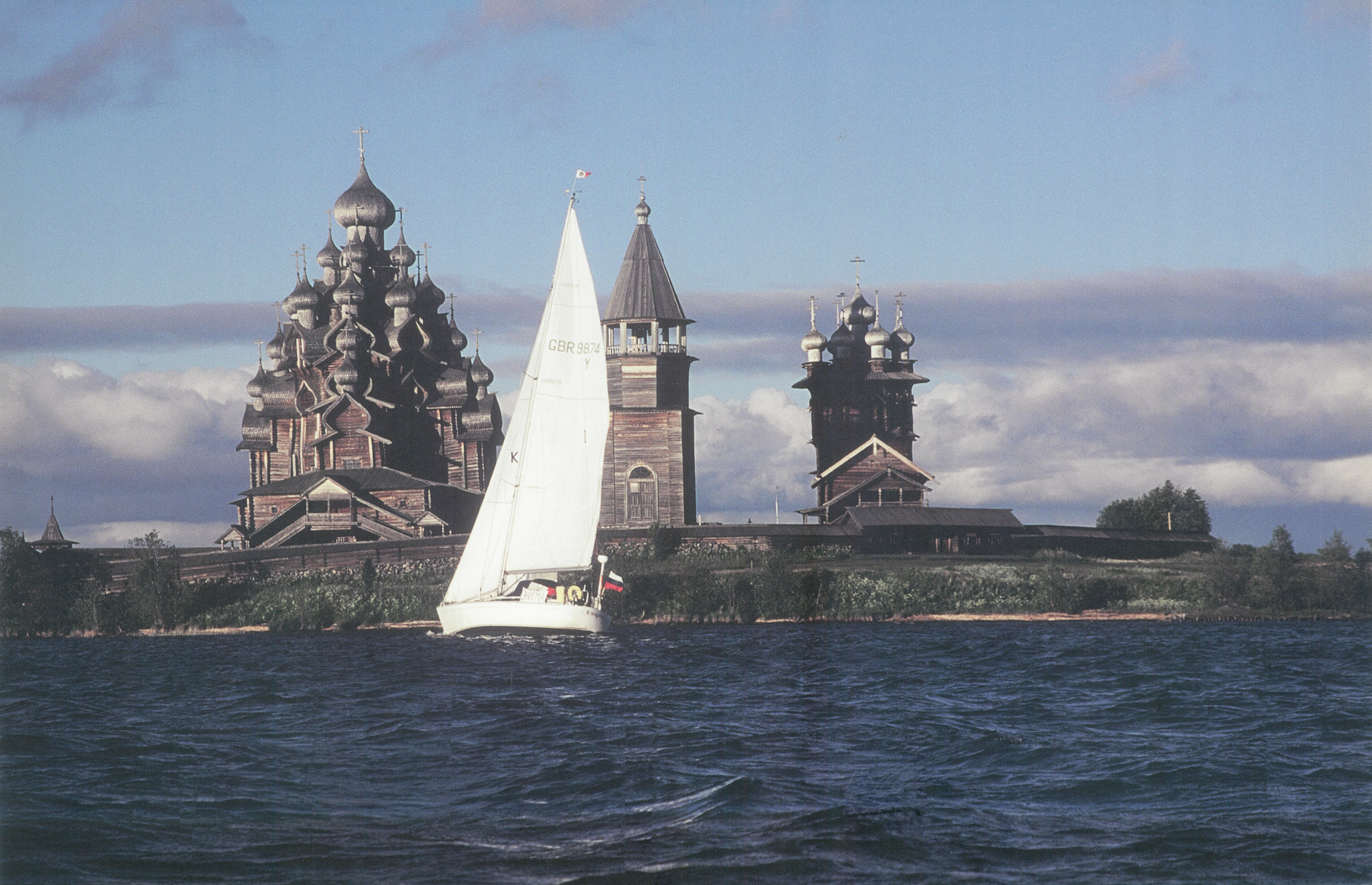