Bob Salmon, founder of the Mini Transat Race, came to us when preparing his highly ambitious entry into the 1985/86 Round the World race in “Great Britain II”, previously Chay Blyth’s entry. Renamed by the sponsor “Norsk Data GB” proved to be a fertile place for growing talent including Chris Tibbs, the well known meteorologist and weather router and Tracy Edwards who went on to run and sail the all-woman “Maiden” in the subsequent race and many other adventures. “Norsk Data” was fitted out with a complete suit of Crusader Sails. 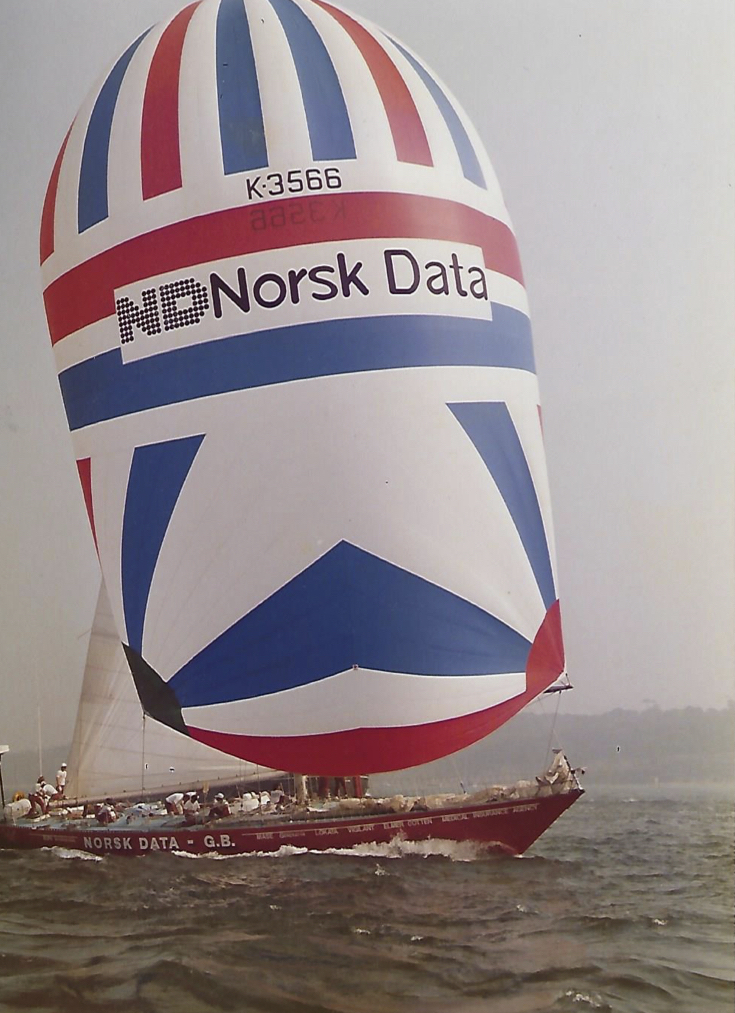